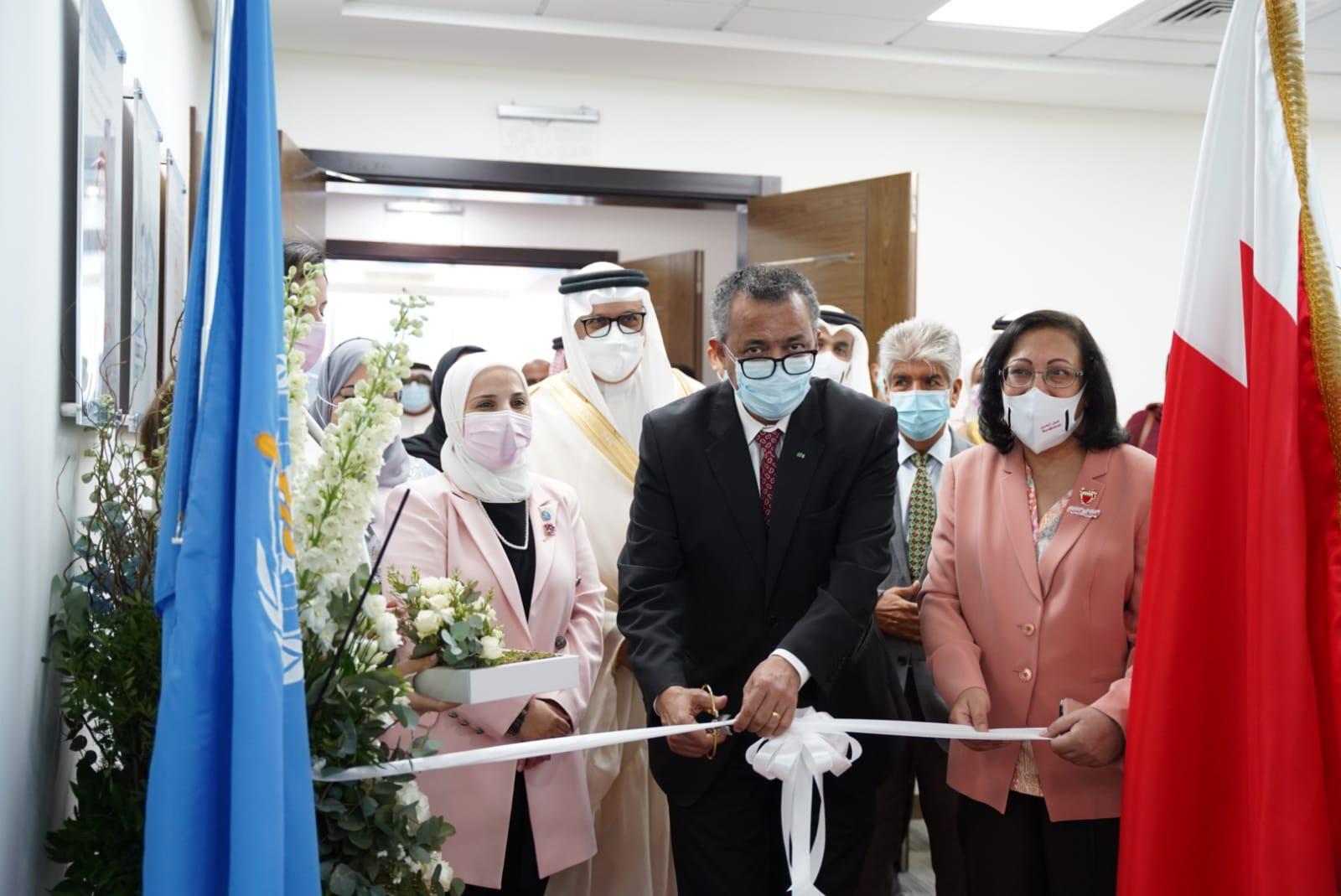 Dr. Tedros Ghebreyesus, Director General of the WHO, opens Bahrain’s WHO office and holds a press conference to mark the occasion

‏Dr. Tedros Adhanom Ghebreyesus, Director General of the WHO, will today officially open the WHO office situated in Manama before holding a press conference and meeting with His Royal Highness Prince Salman bin Hamad Al Khalifa, Crown Prince and Prime Minister. Her Excellency Faeqa bint Saeed Al Saleh, Minister of Health, noted that the establishment of the WHO office will serve to; “enhance and strengthen the national capacity for proficient health service delivery and help in advancing the global health agenda as stated in the UN SDGs. It will also further enhance Bahrain’s position as a regional health policy leader.

‏Today, Dr. Tedros Ghebreyesus will open Bahrain’s WHO office, which will be led by Dr. Tasnim Atatrah, who recently presented her credentials to Her Excellency Faeqa bint Saeed Al Saleh, Minister of Health, and assumed office at the start of June. Dr. Ghebreyesus stated that; “Under the leadership of our WHO Representative, Dr. Tasnim Atatrah, the new country office will deliver strategic, technical, policy, and service delivery support to the government in its work to advance health and well-being nationally, regionally, and globally. One of our key goals in our work with the Ministry of Health will be to identify key areas where Bahrain can act as an incubator for best practices, as a regional capacity-building hub, and to expand its role in policy dialogue and health diplomacy.”

‏Earlier this month, Dr. Atatrah praised the Bahraini citizen’s, resident’s, and government’s efforts during the pandemic and that the successful vaccination campaign can be attributed to; “the county’s farsighted leadership.” The opening of the WHO office in Manama and the appointment of Dr. Atatrah serves as the next step in the city’s development as a global centre of health research, practice, and innovation.

‏Today’s press conference will allow Dr. Ghebreyesus to discuss the WHO office’s opening and to comment on Bahrain’s preemptive and preventative measures to combat COVID-19 that he has witnessed first-hand during his visit.